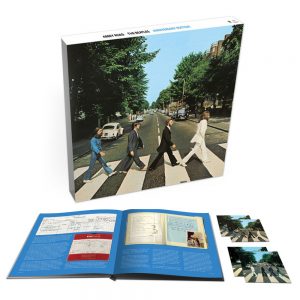 Well, it is finally here. The fiftieth anniversary of my favourite Beatles album. Like many, I suppose my memories of Abbey Road are caught in amber. As a recap, I first received Abbey Road at Christmas 1969. I had grown up with The Beatles through the sixties and enjoyed the albums and singles courtesy of my Mum buying the albums and singles herself. Abbey Road, however, was mine. The first thing that struck me was the cover. Only Paul McCartney bore any resemblance to the image I had in my mind as the Beatles. They weren’t the mop tops anymore, more like the hippies that we all saw back then, very long hair and very hairy. None of this mattered, of course, once I put the album on the record player, yep, it was The Beatles alright, and for the next forty minutes or so it was an absolute delight. Not one bad track, and once I played it, I went back to side one and started again.

Fave tracks? Well, again it is hard because Abbey Road is that perfect album, every track really was, and still is wonderful. The Beatles themselves as a group, of course, were not long for this world as they split in April 1970 when Paul brought a high court action to appoint a receiver. He wanted to leave the band and felt he was being held back. Management difference and business differences sadly conspired to finish off the best rock band, not to mention the biggest rock band in the world.

Fast forward fifty years after the release of the original album, and we now have the latest in the anniversary reissues of the album, which follows similar releases featuring Sgt. Pepper and The White Album. What we have in the super deluxe edition, which comprises of three CDs and one BluRay Disc, is the 2019 remix of the album, two CDs of the sessions from the album, and the various remixes and audio options on the BluRay.

I must say that this reissue just made me fall in love with the whole album again, and Giles Martin has done an amazing job on what I considered to be a perfect album. Is it possible to improve on perfect? Actually, yes, it is.

First of all, the 2010 remix is incredible, and whilst not rewriting history, it certainly gives the listener another loop into the recording, almost like cleaning a window so that it is crystal clear. The sessions contain some of the songs that appeared on Anthology Volume 3 (“Something” demo, “Goodbye” demo, and “Come And Get It” demo) and contain great songs in embryonic versions. The opening track “I Want You (She’s So Heavy)” was actually recorded just after the sessions for “Get Back” had ended. “Get Back” would emerge as Let It Be just over a year later following the announcement of the split. But the work ethic of the guys was incredible, and the thin line between Let It Be and Abbey Road is very feint, to say the least. In the version on the sessions disc of “I Want You (She’s So Heavy),” we have the presence of Billy Preston on Hammond organ, and boy does he make his presence felt! Even at this early stage, the song sounds amazing, and Lennon doesn’t hold back in any way. Other highlights come in the versions of “Octopus’s Garden,” “Something,” and “Oh Darling.” The latter captures Paul working through what would become a highlight of Abbey Road, and not quite there yet with the subsequent rawness, but still good enough to give the song a sense of urgency and emotion.

Moving to the BluRay, again the various mixes and audio options just bring this album to life, and are amazing when turned up high. The one thing that many people went on about then, and still do now, is the suite of songs on the original side two of the album, and from “You Never Give Me Your Money” through to “The End,” it really is one of rock music’s shining moments, and few, if any, have bettered that.

So there it is. The best Beatle album ever? Yes, in my opinion. What I find interesting, however, is that the week before release the Beatles were meeting to discuss a new album and single for Christmas, and no, we are not talking to about what would become Let It Be, which at that point was not even on the back burner. I really find it sad to think that business broke the band up, and had it not done so, there could have been another Beatles album, perhaps in 1970. Sadly, it was not to be, and we can only speculate on what may or may not have been on that album. So, Abbey Road became the final album The Beatles recorded, and in light of what subsequently happened, the band really did go out on a high. Do yourself a favour and don’t miss out on this reissue of one of popular music’s finest moments from one of popular music’s finest bands. You won’t regret it, and it will make you feel so good. 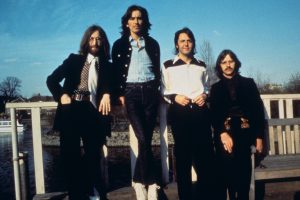