Books You Should Check Out

Books You Should Read

I just thought I would mention a few books I have been reading lately. First of all, as many of you know, I am suffering from failing vision, so in order to read these days, I need high prescription lenses and a magnifying glass. I suppose watching me must be interesting, but I need to try a read for as long as I can. It is worth the effort, of course.

So, all these books are music-related, and of course, for many years, this genre has been my very favourite to read. The first book I have to recommend to you is a book by drummer Ric Lee. Ric was a founding member of the British rock band Ten Tears After. The autobiography entitled Headstocks To Woodstock details Ric’s life in music, which of course, centres around Ten Years After. Quite possibly the strangest mention in the book is Danny La Rue, a well-known drag act in the UK. I will let you read the book to make the connection, but suffice to say, Danny gave the band his best wishes. Ten Years After were making good progress until they played the Woodstock festival in August 1969. From here on in, the band’s fortunes changed, and once the film of the festival was released with Ten Years After’s performance of “Going Home,” the band went stratospheric. As we know, the band still tour to this day with founders Ric and bassist Leo Lyons still performing regularly. The book is full of amusing anecdotes and some incredible insights into the period. According to Ric, the band’s complete performance from Woodstock will be released soon, so now we can read about it and soon listen to it. Ric has had an incredibly interesting and blessed life, but the book does drive you back to the music, which is only a good thing. 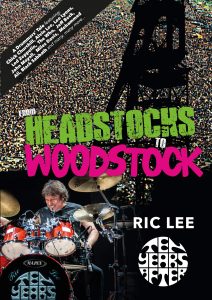 Next up is another great musician, producer, and songwriter. Nick Lowe started his career in a British pop band called Kippington Lodge. Whilst not scaling the heights of the Beatles, there would be a Beatle connection with Nick’s next band, Brinsley Schwartz when Paul McCartney invited the band to support Wings on the Red Rose Speedway tour in the late spring of 1973.. Nick’s biography, Cruel To Be Kind, is written by Will Birch, who himself is a musician and drummer. Many will remember his time in the Kursaal Flyers and the Records. Will has also written some incredible books on the subject of the Pub Rock movement, No Sleep ‘Til Canvey Island, and possibly the best book on Ian Dury. He’s now turned his hand to one of the greatest songwriters this country has produced. In my opinion, this book is brilliant. It takes us through Nick’s time with Kippington Lodge, the Brinsley’s, and Rockpile, plus his solo career, which continues to this day. This book is a thoroughly enjoyable read, and certainly one I feel people would benefit from musically, as it flags some great moments in rock and pop. If it only drives you to the Brinsley’s back catalogue and Nick’s first two solo albums, Jesus Of Cool and Labour of Lust, then it will have done a great job. This book, however, is a fantastic account of a thoroughly decent and supremely talented man. Do check it out. 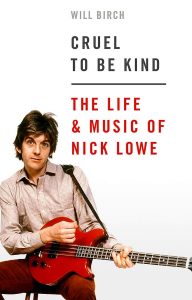 Next up is Elton John. As we know, Elton is in the midst of a huge worldwide farewell tour, so profile-wise, he is – or should be – right in your sights. Of course, when is he not enjoying a high profile? To be honest, he has now for almost 50 years. In this autobiography entitled Me, we have the story in Elton’s own words. As you will know, if you know anything about Elton, the truth is paramount for Elton. No bullshit or whitewash here. At times it is painfully honest and open. This book sees Elton putting the record straight, even during the toughest of times in the eighties. There are some amusing moments told of his time spent with John Lennon, and his love for John is apparent throughout these memories. Another great love in Elton’s life is his love for his songwriting partner, Bernie Taupin. Elton and Bernie really do go together like the proverbial fish and chips or Lennon and McCartney. Apart from a brief period in the late seventies into the early eighties, these two guys have racked up an incredible songwriting legacy, which will live as long as people love music. There are many books on the bookshelves about Elton John, but really, this is the only one you will ever need if you want to know about Elton. 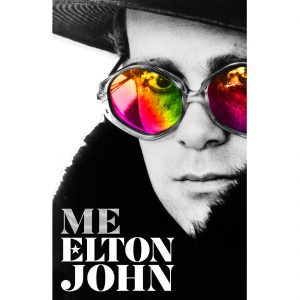 Finally, as a kid growing up in the sixties, one of the unavoidable musical movements was Motown. Motown was something that just touched everyone, no matter what colour, creed, or political persuasion you were. Behind those great artists we all love were the three guys who wrote so many of those wonderful songs. Brian and Eddie Holland, along with Lamont Dozier, defined a whole era with the songs they wrote. In the book Come And Get These Memories, Brian and Eddie Holland, along with writer/music journalist Dave Thompson, take us through the whirlwind that was Motown. In great detail, they explain just what went on in Hitsville in Detroit, where so many memories were made. Of course, the book also details the disagreement with Motown chief Berry Gordy, which saw the song-writing trio up sticks and leave Motown to set up their own label, Invictus. The label saw success in the early seventies with artists including Freda Payne and Chairman Of The Board. This book will be a hugely enjoyable read for both those who grew up with the Motown sound and those who were not around at the time, but appreciate just how important Motown was. Motown was a family for those involved, and Holland, Dozier, and Holland were an important and integral part of the story and success. 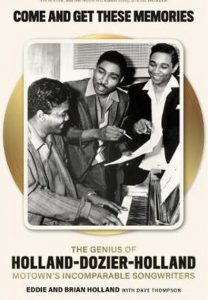 There we have it, then – some wonderful books that cover different aspects of the music business and widely different but exceptional artists. Read and enjoy, and hopefully, these books will drive you to the music.