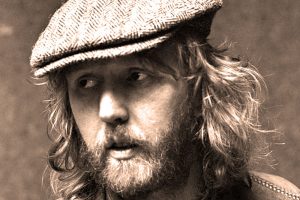 As many of my friends know, I am a huge admirer of Harry Nilsson. I count myself in good company because all the Beatles loved Harry too. John Lennon said in 1968 that Harry Nilsson was their favourite group. To add to that the guys in the Monkees, who had recorded Nilsson’s songs, and Mickey Dolenz and Davy Jones even appeared in a theatrical presentation of The Point in London in the seventies.

Harry sadly died in 1994, and at some point, I will be talking about this incredible artist and his career. Today, however, I want to talk about the animated film The Point. Originally a short animated film that came out in 1971, The Point was a children’s film with an accompanying soundtrack. It was, and remains, a wonderful film and soundtrack for children aged between 5 and 60, but there is no limit, really.

The story concerns a boy called Oblio and his dog Arrow, who live in a town where everyone except Oblio has a pointed head. Oblio wears a pointed hat to cover his rounded head. Suffice to say, the adventures of Oblio and Arrow following his banishment from the town (as he doesn’t have a point) are a delight for old and young alike, and the soundtrack is similarly wonderful. The whole point is that everything has a point. The story also has a happy ending too.

Nilsson once said of the concept album, “I thought, ‘Oh! Everything has a point, and even if it doesn’t, there’s a point to it.’” This magical animated film is due to be reissued in early 2020 in restored format, and I suppose that is the point of this post. And I, for one, will be waiting at the door of the record store to buy the restored and reissued DVD. In the meantime, I urge you to check out the charming soundtrack album, or do yourself a favour and immerse yourself in Harry Nilsson’s wonderful catalogue 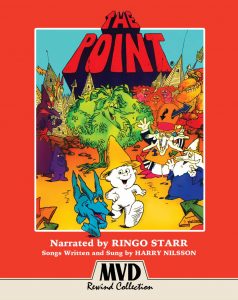