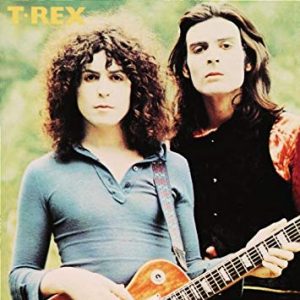 I was just 12-years-old when Marc Bolan flew into my life; it was October 1970. I heard the song “Ride A White Swan” on the national radio station Radio1. The song was deceptively simple and short, but in the two and a half minutes it took me to listen to it, I became Marc’s Main Man.

At this point, I was not aware that Marc had released four previous albums under the Tyrannosaurus Rex name, first with Steve Took and latterly with his current percussionist Mickey Finn. When he appeared on Top Of The Pops, however, he was also joined by bassist Steve Currie. Shortly after that and in time for the follow-up Hot Love, Bill Legend joined T.Rex, and the band was complete

In December 1970, the first self-titled T.Rex album was released, but just nine months later the BIGGIE arrived. Electric Warrior is possibly T.Rex’s definitive statement. Pretty much all my friends owned that album, and rightly so. Almost fifty years on, that album retains it pomp, majesty, and potency. It inspires debate and passion and is hugely influential. 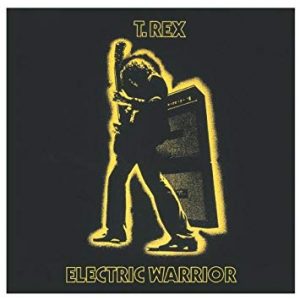 The year 1971 was the big one for Marc and T.Rex. The band was all over the music press and even edged into the mainstream press when covering the hysteria Marc and the band were generating at concerts across the country.

There is a series of album releases that cover most of Marc’s career in demo form. It’s an incredible boxed set and comes highly recommended. To get it, go here: 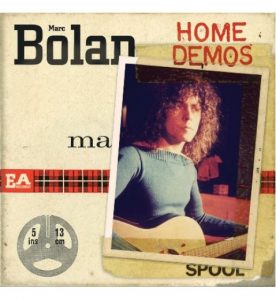 Further T.Rex albums followed, including The Slider, Tanx, and Zinc Alloy. The follow up to Zinc Alloy saw me fall away briefly, although, in hindsight, I now get what Marc Bolan was doing. I was, however, totally back in the game with Marc’s next two albums, Futuristic Dragon and Dandy In The Underworld. By the time of the release of Dandy In The Underworld, Marc had his own TV show and was having hit singles again. He was becoming a mentor to musicians in the then-new Punk scene and making a comeback. Not one bit of it was contrived. There was a new level of respect for Marc, and he had become hungry for success once more.

Sadly, on the 16th of September, all that potential ended when Marc was tragically killed in a car crash at the age of 29. The enormous fan base for Marc has grown in the years since his passing, and his influence in 2019 is even bigger now than at any time in the past. It was recently announced that T.Rex had been nominated for admission to the Rock n Roll Hall of Fame. Marc and T.Rex were actually eligible in 1993, 25 years on from the release of the first Tyrannosaurus Rex album My People Were Fair And Had Sky In Their Hair… But Now They’re Content To Wear Stars On Their Brows.

Let’s get T.Rex into the Hall Of Fame. I urge you to vote as many times as you can, and the 12-year-old who was captivated by a singer with glitter under his eyes also asks you to vote his hero into the Hall of Fame, where he has ALWAYS belonged.