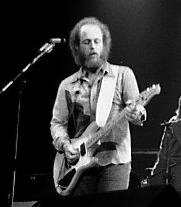 As the announcement of the death of Little Feat’s guitarist was announced, I cast my mind back to a band I first became aware of around the time Paul Barrere joined. When I ask musicians who their favourite band is, they will probably say Little Feat. They tend to come out very high in the Top 10 likes of musicians. The general public also loves them. Well, those with good taste do.

My first brush with Little Feat came through the TV programme The Old Grey Whistle Test. That programme put me on a good path to some great music over the years. Subsequent to that, it was announced that Little Feat would tour the UK as part of the Warner Brothers Music Show package, which also featured labelmates the Doobie Brothers and Montrose.

A quick recap, if you wouldn’t mind… Little Feat was formed by Lowell George, following his dismissal from The Mothers Of Invention. Frank Zappa allegedly sacked him over drug references in the song “Willin’.” Frank told Lowell he should form his own band, which Lowell did along with Richie Hayward, Bill Payne, and another ex-Zappa man, bassist Roy Estrada. The band recorded two studio albums, Little Feat and Sailin’ Shoes.

It was time for a change, and the band evolved into the classic line up of Lowell George, Bill Payne, Richie Hayward, Paul Barrere, Kenny Gradney, and Sam Clayton. This line-up recorded the Dixie Chicken album – an album no respecting music fan should be without!

For myself and many others, this period would be the start of the long-lasting love affair with the band, which included the albums Dixie Chicken, Feats Don’t Fail Me Now, Last Record Album, Time Loves A Hero, and the live album Waiting For Columbus. Speaking of live albums, I had the great honour of writing the sleeve notes for a live Little Feat album entitled Late Night Truck Stop. 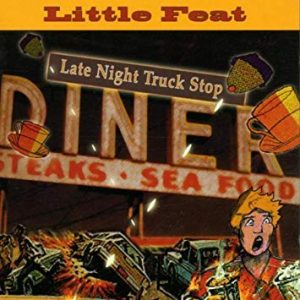 The legendary broadcaster, Bob Harris, was also a huge Little Feat fan and contributed to the notes on the album. I later compiled and put together another live Little Feat album, On Your Way Down. 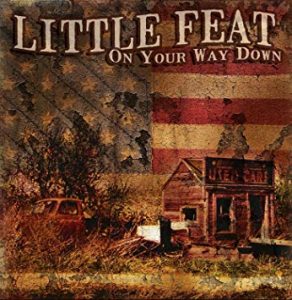 Following a hiatus at the end of the seventies and the death of Lowell George, the band returned to active duty in 1988 with the album Let It Roll. During the interim, Paul Barrere recorded two solo albums, On My Own Two Feet and Real Lies. While not a founding member of Little Feat, Paul was an integral part of the band. In 2013, Paul had to step aside from touring with the band for health reasons. He would make occasional appearances with the band, and continued to write and record. Sadly, Paul Barrere passed away on the 26th of October 2019, following a diagnosis of liver cancer in 2015.

Another part of a wonderful band has left us, following the deaths of Lowell George and Richie Hayward. Paul leaves a huge legacy of material and live performances with Little Feat, along with his other collaborations and recordings.

I shall now share a song and a highlight from one of many Little Feat performances. It was written by Paul Barrere and Bill Payne, and I will always think of Little Feat and Paul Barrere every time I hear “All That You Dream.”