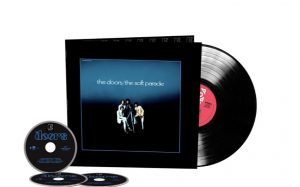 By the summer of 1969 when the Doors released their fourth studio album The Soft Parade, the Doors were one of the biggest bands in America. The mixture of music and Jim Morrison’s lyrics were an incredibly potent brew.

The Soft Parade, however, added something a little different to the mix. Alongside the musical core of Ray Manzarek, Robby Krieger, and John Densmore, we now had strings and a brass section augmenting songs. This was very apparent on the first single lifted from the album, “Touch Me.” “Touch Me” was released over six months before the album in December 1968. Further singles included “Wishful Sinful,” “Tell All The People,” and “Runnin’ Blue.”

The single “Touch Me” was a massive hit, and when promoting the song on television, the band employed a brass section to appear with them.

Despite the album being a strong album in my opinion, at the time the critics and reviewers claimed it was weak and that the Doors were chasing pop success. In fairness, some 50 years on from the original release, The Soft Parade really stands the test of time.

The Doors were to return to their more accepted and traditional sound on the next two albums, Morrison Hotel and LA Woman. Unfortunately, in a live sense, the Doors hit a brick wall in Miami in March 1969, some four months before the release of The Soft Parade. Jim Morrison was alleged to have exposed himself at a concert on March 1st at the Dinner Key Auditorium in Miami. He was arrested, charged, and subsequently found guilty. Despite appealing the sentence, the case hung over him for the rest of his life. The appeal was found in his favour, however, in 2007, and he received a posthumous pardon in 2010.

Although 1969 was a tumultuous year for the Doors, The Soft Parade is nowhere near as bad as critics at the time said it was. It is not a weak album, but rather it finds the Doors trying to move into different territories musically. In many ways, they succeeded. 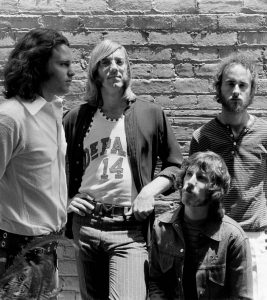