Welcome To The Library: Part One – Some Kind Of Dialogue 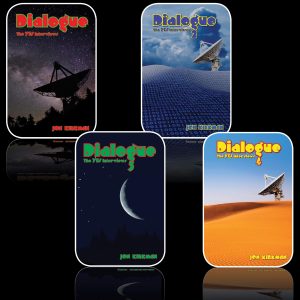 Welcome To The Library: Part One – Some Kind Of Dialogue

As many of you know, I have published a number of books over the last six years. The books are, of course, music-related, and have been very well received. Like most professional journalists and broadcasters, my initial toe in the water was in the mid-nineties when I was asked to write the sleeve notes for an album by former Tangerine Dream member Steve Jolliffe. From there, more commissions came in from record companies, and they still do come in. To date, I have written sleeve notes for approximately five hundred albums, videos, and DVDs.

This led me to think of writing a more long-format project, and the idea for a book on the band Yes was conceived in 2011. It subsequently evolved into my first book Time And A Word: The Yes Interviews, and was published in 2013. Below you will find details of all the books and a little about their contents. If available, you will also find the links at the end. We have a couple of forthcoming titles for you, so let’s start at the beginning! 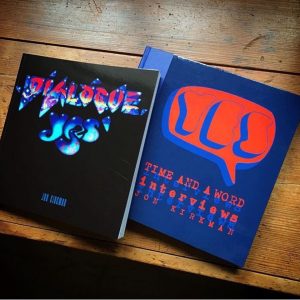 Having worked a great deal on many projects, both on a group and solo member level with Yes, I found I had a great deal of interview content. When a friend suggested that I should write a book on Yes, I agreed it would be a great first book, and so I set about sorting through the interviews and editing. What I realised when going through these interviews was that the story of Yes was better told by the actual members in interview form. Thus, Time And A Word: The Yes Interviews was born. 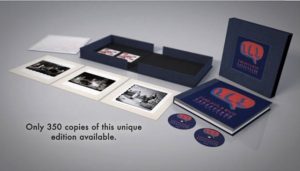 The book was published in a very limited edition of just 200 copies. It was in a Super Deluxe format with a box containing a book in a slipcase that signed by me, Alan White, Patrick Moraz, and Geoff Downes. Peter Banks had also agreed to sign the book but sadly passed away before being able to do so. The book was published in December 2013, and almost immediately sold out.

When showing Roger Dean the book, he commented that the Roger Dean logo would have been better. I replied I would love to do that. Steve Howe also said he was keen for that to happen, and once negotiations were concluded, it was also agreed the book would be an officially authorised Yes book. I told Roger I was now calling the book Dialogue. He then told me that there was unused artwork done for the album of the same name, which became Union. Another piece of the jigsaw was added, and
Dialogue was published in March 2017. It was expanded, updated, and now dedicated to Peter Banks, who died in March 2013, and Chris Squire, who passed away in June 2015. This too was a limited edition book and sold out quickly. 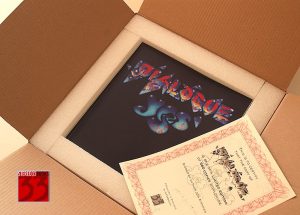 The first two volumes are now available, and the next two volumes are due before Christmas. All in all, it is an amazing series of interviews, and all of these interviews show Yes to be very open and honest. This honesty – which has busted more than a few urban myths that have grown up around the band over the last fifty years – serves the band members, and of course, the band very well. It also shows they have great integrity.

In 2020, Yes intend to tour the world performing their 1974 album Relayer in its entirety, along with other Yes classics. There is also talk of a new studio album, and of course, the Cruise To The Edge, which has firmly established itself as one of the most popular regular events in the music calendar.

Having celebrated fifty years as a band, Yes continues to push the barriers musically, and I see no reason why this band should not continue for many years to come. The reason for that? The music, of course, along with the desire of the musicians in Yes to continue what the original band began in the summer of 1968.

The current series of the Dialogue books are available now from Lulu Publishing here:

Signed, numbered, and personally dedicated books can be bought directly from me. Email for details here: