Yes Relayer… Then And Now 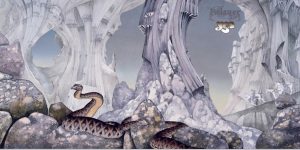 Yes: The Story of Relayer

Now, here is an album that was really out of left field. Having heard some of the material written for Relayer, Rick Wakeman decided not to continue with Yes. He left, and so started the search for a new keyboard player. The band auditioned a number of people including Vangelis and Jean Roussel from Cat Stevens’ band, but neither of which proved to be suitable. Blue Weaver, an ex-member of the Strawbs, was also asked by Jon Anderson to join, but he turned them down, as he didn’t think he could handle what they needed. Blue actually suggested they ask Tony Kaye back into the band.

One other candidate, however, was making a name for himself in London. Swiss born Patrick Moraz was then currently one-third of Refugee, along with two former members of the Nice, Lee Jackson and Brian Davison. Refugee had released one self-titled album, which had received good reviews, and the band’s live dates also attracted favourable reports. In early August of 1974, Patrick Moraz was to receive the call to audition for Yes.

Patrick went down to the studio and auditioned on Vangelis’s equipment, which was still set up. The band then played him the opening passage of “Sound Chaser” and asked him what he would play to that. Patrick listened to it and then asked for it to be played again. What he played was recorded and ended up on the finished album as the opening passage. He was officially asked to join Yes the next day, and started writing material with Jon Anderson.

The album came together quickly and was recorded at Chris Squire’s then home studio in Virginia Waters, Surrey. By the time of the release in late 1974, the band were gearing up for a major tour, which would take in the UK and also America. At this point, the Yes road crew had grown from about seven or eight members to more than twenty. The PA/Set and backline now needed almost two hundred flight cases to contain the equipment and move this show around the world.

For the next two years, Yes would play to massive audiences, particularly in America. On June 12th 1976, they played to an estimated 130,000 people at the JFK stadium in Philadelphia. Yes were also big news in the UK as well at this point. They playing a series of concerts at football grounds in 1975 including QPR in London and Stoke Football club in the north of England.

The Relayer album only had three tracks: “Sound Chaser,” “The Gates Of Delrium,” and “To Be Over.” The album was received very well critically, and is one of my favourite Yes albums. It has been re-released by Panegyric, a label specialising in archive releases, but the Relayer release really is something else. Not only does it contain the entire album remixed, it also contains a 5.1 mix and also edits and instrumental versions of songs. The man responsible for the remixing on this and the other Yes releases through Panegyric is Steven Wilson, who has become the go-to guy for projects like this.

In this all-encompassing reissue, you get a beautiful miniature album facsimile of the original album sleeve housing two discs. The remastered and remixed CD and Blu Ray discs that it contains feature an absolute treasure trove of extras. This includes the entire album in instrumental format, which really must be heard, as the new Steven Wilson mixes really do bring out all the nuances of this incredibly dense album. Listening to the outtakes and various takes of the songs really gives you an idea as to how much work went into this landmark album from Yes. Relayer was unlike any other Yes album that had gone before. And of course, as we know, it was unlike anything that followed. The incredible sleeve notes from Sid Smith detail the making of the album, and go some way to telling the story of Yes during the period of 1974-1976. It is an interesting chapter in an equally interesting story, which continues and is still being added to today.

For many, the Relayer era was a short period of time but an important period nevertheless. Following the world tour ending in the summer of 1976, the band would begin work on the album Going For The One, which would be a much simpler album. Patrick Moraz, however, left Yes in November 1976 during the sessions for Going For The One, and would eventually join the Moody Blues some two years later. In his place, Rick Wakeman returned, but Patrick’s work with the band and the album he helped create still represented a high point in the Yes career trajectory. While Patrick was in the band, Yes were one of the biggest bands in the world. 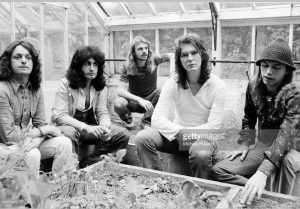 Yes’ Relayer, along with Close To The Edge and The Yes Album, have all been released in the upgraded format, and for fans of Yes, these releases are all must-have releases. There will be another album added to these releases at the end of October 2015 when Fragile gets the technical going over and upgrade from Steven Wilson.

The band will perform this highly-considered album in its entirety as the second half of a show. Naturally, the news of this has been excitedly received worldwide by the Yes fanbase.

Yes performed “Soon” with Patrick Moraz as part of the 50th Anniversary tour, which featured on the most recent live Yes album Yes 50. Yes also performed “The Gates Of Delirium” as part of the set on their most recent Royal Affair tour of America, where it became a highlight of the tour. Yes have not performed Relayer in full since the 1970’s, so the anticipation from the fans is high.

Full tour dates and details along with details of Meet and Greet packages can be found on the band’s official website, www.yesworld.com. 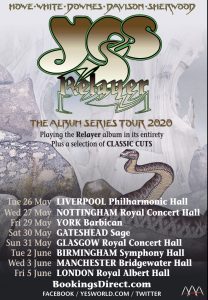 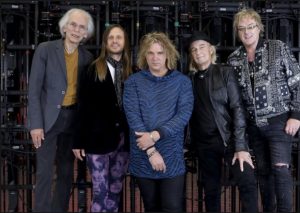 A Yes radio feature focusing on the Steven Wilson Remixes including Relayer. Here,
Roger Dean talks about the Relayer cover:

Patrick Moraz discusses the start of the Relayer album:

These interviews, along with hundreds more, are available now for the first time ever in a series of books called Dialogue: The Yes Interviews. The first two volumes in this series are available to purchase now through here: 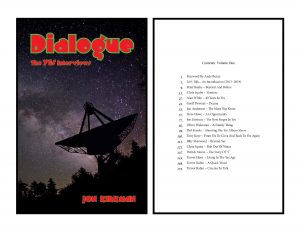 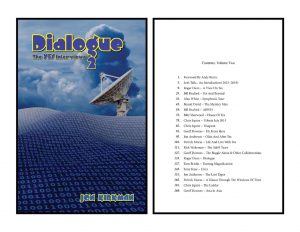 For limited edition signed, numbered, and dedicated editions of this book, email rockahead@hotmail.com.